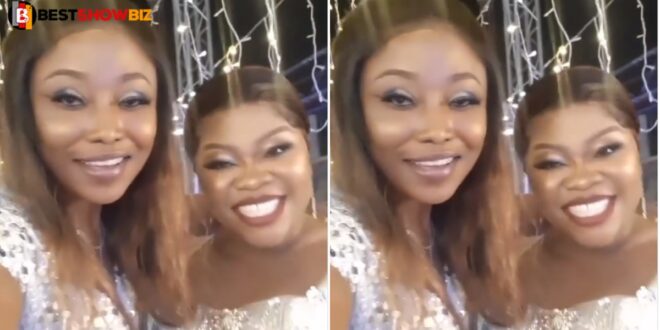 Joyce Boakye, a Kumawood actress, has recently generated a lot of controversy on social media, beginning with her dispute with Mona Gucci and progressing to Nana Ama McBrown and Asamoah Gyan.

Joyce is seen indirectly insulting Afia Schwar during Bofowaa’s birthday celebration in a new video that is currently circulating on social media.

At her 34th birthday celebration, she is heard praising Sofo Maame, Ciara Antwi as the most beautiful and respectable women.

However, Afia Schwarzenegger and Bofowaa have lately gotten into a fight. While Schwar openly attacked her and referred to her as a homosexual, Bofowaa messages were sent in code as she trolled the self-acclaimed queen of comedy in her videos.

As a result, it appears a little strange that Joyce Boakye would be seen in a video saying kind things about Bofowaa shortly after her fight with Schwar.