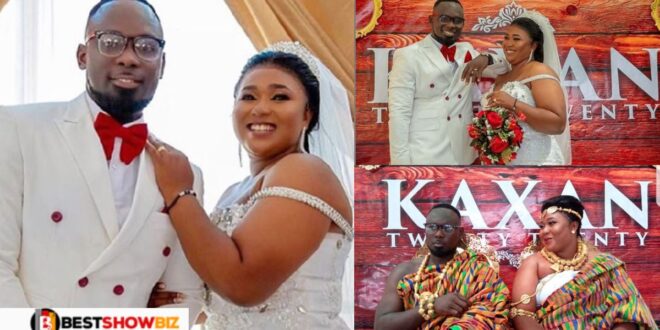 Xandy Kamel and her husband, Kaninja, are having major marital problems and it is not news to those who follow the trend.

In such cases, many secrets are revealed, primarily to settle old scores between the parties involved. And now, Bestshowbiz.com has discovered a film of Kaninja’s ex-girlfriend spilling fatal secrets.

In the interview, Kaninja’s ex stated emphatically that Xandy Kamel paid for all wedding expenditures since, to her knowledge, Kaninja is a big-time opportunist.

As a result, Kaninja will not be able to pay for the wedding that took place last year. You may recall how Xandy Kamel and Kaninja’s wedding in May 2020 dominated the news.

However, Xandy Kamel has been suffering from mental pain as a result of her husband’s newfound affection for a side-chick.