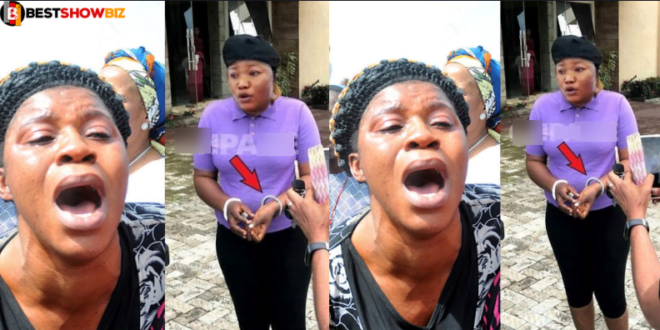 New update: Police issue for the arrest of Ohemaa Jacky over defrauding people

Ohemaa Jacky, a popular gospel singer in Ghana, has been arrested for defrauding people by an Accra circuit court.

According to the information we have, the court reached that conclusion after she failed to appear in court.

Ohemaa Jacky was remanded in custody for a week after being apprehended by Ghana Police Service personnel for allegedly defrauding a market woman of Ghc 150,000 a few months ago.

A market woman who planned on relocating to Italy with her daughter was promised by Ohemaa that she would obtain an Italian passport and a resident identity card, according to the facts of the case.

Upon further investigation, the woman revealed that she had seen an advertisement on the Facebook page of Ohemaa Jacky and, believing in her, had contacted the numbers listed, which turned out to be the same as those of Ohemaa Jacky.

She claims she was given two bank account numbers with the names Afuah Serwaa Dwamena and Lord Mens Enterprise to pay €24,000 after a discussion.

The market lady worked hard and was able to raise €21,000, which she deposited in those accounts.

The market woman, who had hoped to relocate to Italy, presented the passport at the Kotoka International Airport in March of this year, but was arrested for presenting a fake passport.

She afterward filed a police report, and the singer was arrested in September.