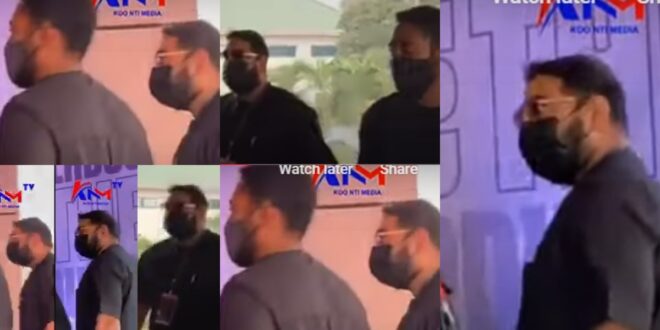 More children of JJ Rawlings have started popping up, but there is one that very few people will doubt because of his striking resemblance to the late Rawlings.

A video of a young man believed to be the son of Rawlings have been spotted, according to reports, he came from isreal to pay his last respect to his father.

He was spotted with Kimathi who took him to see the family.