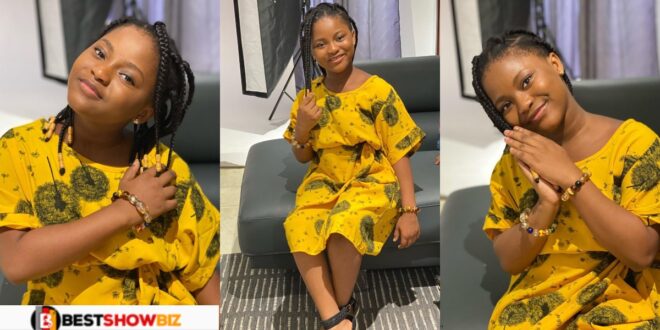 Nakeeyat Dramani appeared to have matured when she released her most recent photos. Her fans, as usual, couldn’t help but share it on other social media platforms.

Nakeeyat Dramani’s current initial photos were taken at an awards ceremony. In the photo, she was joined by a gentleman who appeared to be one of the award organizers.

Nakeeyat had a contagious smile in the second photo. She was dressed simply, with a soft touch and minimal make-up.

Looking through some of Nakeeyat Dramani’s childhood photos reveals that God has been very good to her.

Nakeeyat rose to prominence after winning the Talented Kids competition. Since then, she has maintained her stardom by making numerous appearances on important local platforms.

She has performed for President Nana Addo Dankwa Akufo Addo, Otumfour Osei Tutu, and other dignitaries in Ghana.