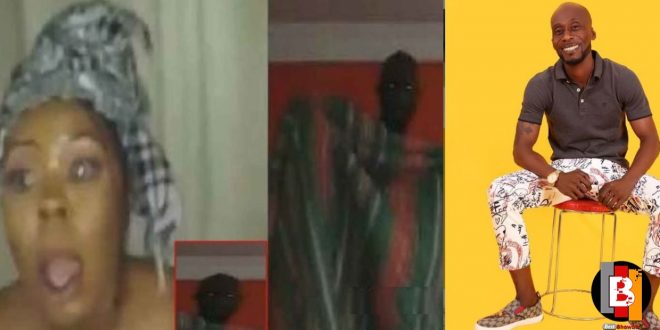 It appears that the man who was caught in an atop a video with Afia Schwarzenegger has surfaced the internet once again.

Afia Schwar’s husband, Abrahwa caught her and an unknown man who is only recognized as a blanket man since he covered himself with a blanket when they were caught in the act.

the self-acclaimed queen of comedy shared a photo of a man who is believed to be the blanket man and whished him on his birthday.

social media users after sighting the photo started tagging him as the blanket man though photos of him have come and gone for a long time.

“Happy birthday to an amazing brother and the CEO of @executive_aster_events_”

it’s still not clear if he is actually the one but taking a look at the photo from the video they are little alike. 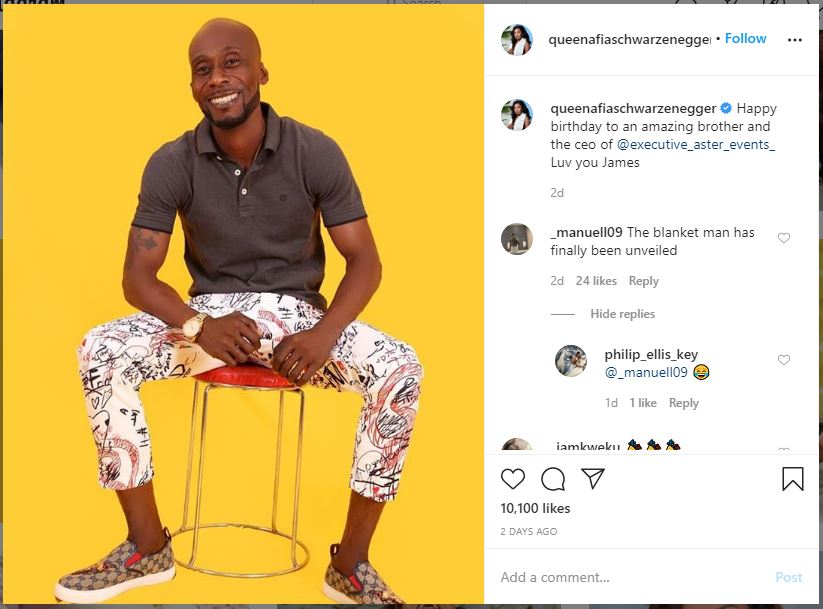