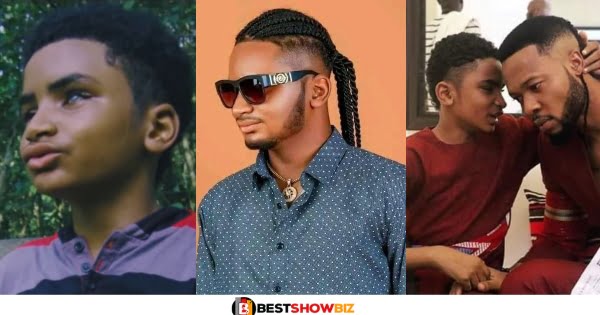 Semah G Weifur, the adoptive son of Nigerian artist Flavour, has appeared on social media in some stunning new images.

Semah, a Liberian, was born blind and was surviving with the support of the Christian Association of the Blind, a Monrovia-based NGO (CAB).

In March 2017, Flavour spotted him in Liberia, and the singer has been a part of his life ever then. After seeing him perform at an event in 2017, he decided to adopt him.

Despite the fact that Semah was born blind, he had a deep ambition to be a gospel singer, and his goal was realized when Flavour entered his life.

Flavour and Semah recorded the gospel song Most High, which became a huge success.

The two are really close. They collaborate on stage, go on tours together, and Semah even plays with Flavor’s biological kids.

See his new photos below;