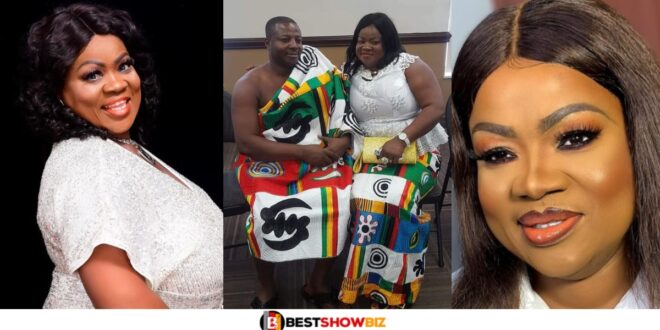 Mercy Asiedu shot to fame after being cast in a pivotal role in the critically acclaimed film “Asorebea,” which was released in 2005.

Since then, she’s made an appearance in more than one hundred films.

In addition to being a skilled actor, she is also a musician and has released two gospel CDs.

She is known for playing controversial characters in movies, which has earned her a reputation.

Following her marriage to Nana Agyemang Badu, she became known as Oheneyare meaning the king’s wife.

See stunning photos of her below.