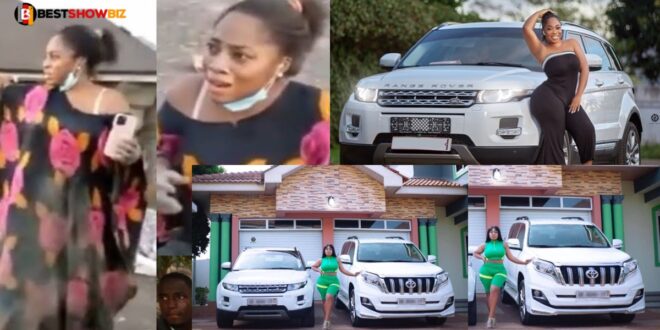 New Gossips suggest Moesha never sold her cars, but it was taken by her Sugar Daddy.

Moesha Boduong, a Ghanaian actress, has been in the news all day for recordings of herself preaching on the streets.

Everyone says it is because of spiritual powers, but the just born-again Christian is going through a lot right now.

According to a report from GhanaCelebrities.Com, insiders close to Moesha Boduong said the lady’s current situation is not spiritual.

They claim her breakdown was caused by being dumped by a wealthy sugar daddy who subjected her to a great deal of trauma in a short amount of time.

In a short amount of time, the socialite appears to have lost her car, her home, and her man.

According to their sources, Moesha Boduong did not sell her Range Rover as previously reported. After leaving her, her sugar daddy allegedly took it back from her.