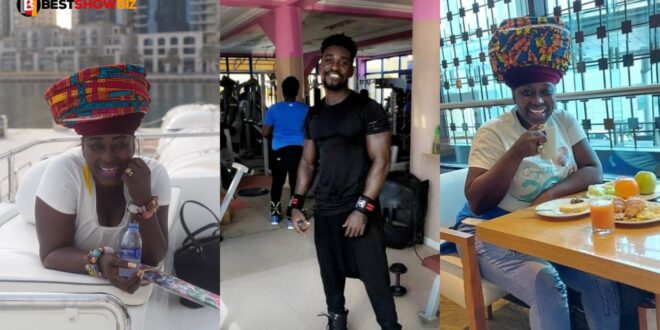 Little was reportedly confronted by thugs earlier in the day before he was killed at 2 a.m. on Thursday.

According to the report, his attackers fired rounds inside his home before fleeing on their motorcycle.

According to sources, Little and his close friends who train ladies at their gym have been taking advantage of them.

And they get affluent women to fund them.

Little was allegedly bonking a wealthy woman married to a powerful man. He received threats and texts advising him to end his relationship with the woman, but he did not.

However, recent information suggests that Akumaa Mama Zimbi was one of the ladies dating Little.

The Odo Ahumaso program host is reported to be Little’s favorite sugar mummy.

After dating him for almost 7 years, Akuma Mama Zimbi allegedly rented a gym and bought him a bike.

And Mama Zimbi allegedly fought two other sugar mommies over him.