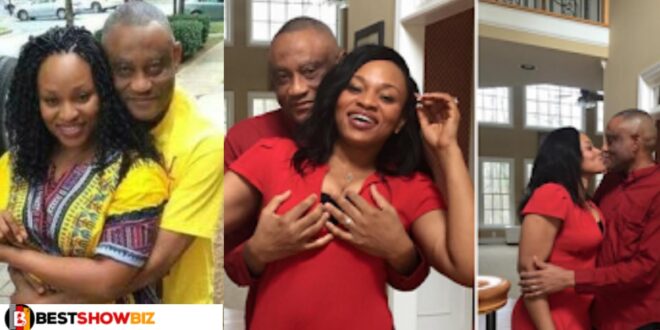 Francis Van Lare, a Nigerian business mogul based in the United States, has advised women to refrain from telling a man he performs poorly in bed just to make him feel bad.

According to the businessman, spitting such words at a man causes him to engage in extramarital affairs with other women in order to satisfy his strength in bed.

Francis, who has been divorced five times, explained how this statement affected his marriage with one of his ex-wives.

“Sometimes negative things said about you is your tonic to get up and excel to prove them wrong . One lady I was once married to could not find anything her mouth could spit out to shake my confidence in the middle of a heated argument so she resulted to personal attacks.
She said my gbola was weak and could not perform and all the orgasms she has been exhibiting were fake just to make me feel good . Instead of allowing that statement to dampen my spirit which was her intent , I called up a babe that has been chatting me up and I have not paid attention to her to meet me . My gbola and her kpekus connected wella and she had 9 orgasms that is not faked
So when the so called wife repeated the statement again I was grinning ear to ear as I have my independent tester to prove her wrong and in the meantime denied her my gbola. She can go and find her own Mandingo not me . Never tell a man that his gbola is weak or cannot perform to spite him . Another woman will give same gbola an Oscar
performance.”

Read Also  Osu: Armed Robbers run into OSu KFC to seek shelter from angry youth who wanted to beat them to death
Share