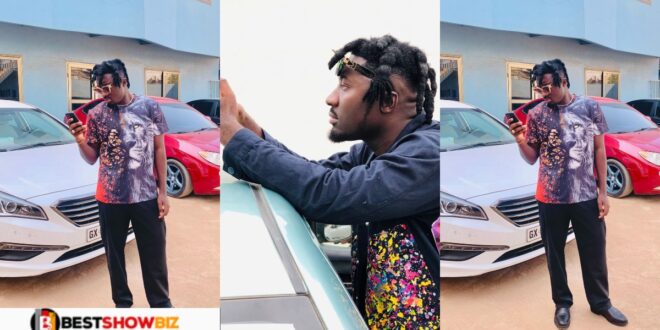 Amerado, an outstanding Ghanaian rapper, and phenomenal musician claim that he has never smoked or consumed alcohol.

Amerado has progressively earned the hearts of many Ghanaians over the past few years, becoming one of the country’s most trusted and loved rappers following his recent ‘Ye Te Ns3m’ news show.

In an interview with Abeiku Santana on Okay Fm’s Ekwansodwoodwoo, Amerado stated that he has never consumed alcohol or smoked before and that the only things he drinks is coke and malt.

Explaining why his mother advised parents on what their children wanted to do in life, he stated that his mother never supported his music career as a child because she feared he should become a pot smoker or an alcoholic.

According to Amerado, his mother believed he’d become a Rascal, but he persuaded her to let him do music and see if he wouldn’t exalt her name, which is why he’s never smoked or consumed alcohol.

With this EP, the MicBurnerz and New Nation Music crooner is poised to acquire global notoriety, as it presently sits at number one on the Apple Music chart.

Watch the full interview below;