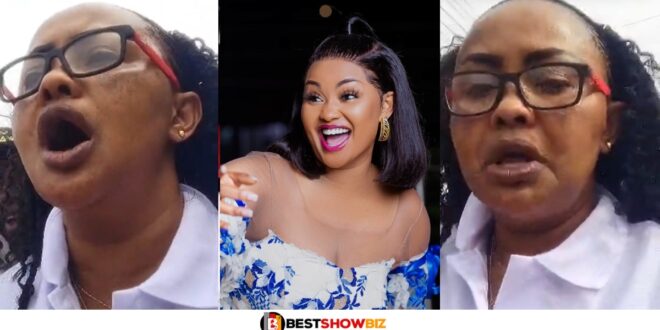 A video that showed screen goddess Nana Ama McBrown without her makeup was uploaded to the internet, and users immediately began passing judgment on her.

The screen goddess, who has been described as never aging, appears to have aged, as internet users who saw her without makeup are now claiming that she is their grandmother because she was looking old.

However, all of her devoted fans were there to tell her how beautiful she is, despite the fact that some people claimed she had that look because of the constant makeup she wears.

Read Also  Netizens claim Mcbrown would be expecting a 2nd child after bedroom video of herself and husband surfaced online.