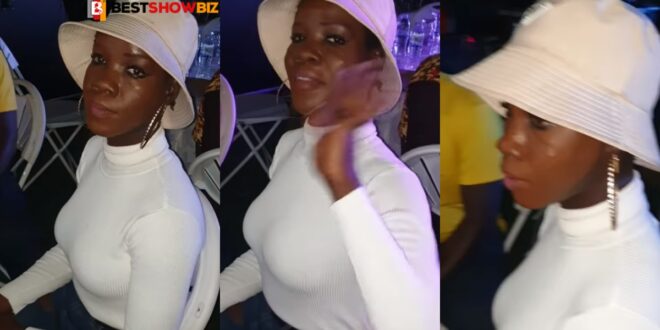 Dhat Gyal, a young Ghanaian musician, is currently being mocked for wearing terrible makeup before a show.

Dhat Gyal was one of the celebrities who attended the Bet of Africa opening in East Legon yesterday.

Dhat Gyal is seen sitting nicely and minding her own business in a video that has gone viral on social media, but a zoomed-in camera captured her cosmetics, which social media users are criticizing.

Users on social media argue that her face makeup contrasts with her skin tone and that whoever performed it for her should be named.

They claim that Dhat Gyal’s facial cosmetics do not match her skin tone.