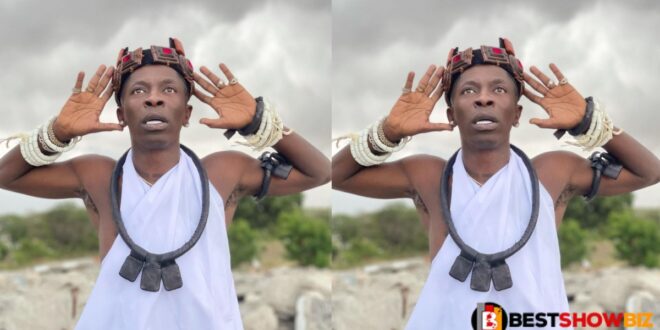 Award-winning dancehall performer Shatta Wale opted to tone down his personal cleanliness as part of his rebranding by allowing the hair behind his armpit to grow like a furball.

Shatta Wale shared a photo of himself on Instagram, which elicited conflicting emotions from his followers.

Some of his followers thought he was letting himself down too much in the sake of rebranding and that he needed to shake things up a little.

The photo was shot during a music video session for his most recent song off the Gift Of God album.

Shatta is seen holding his hand in the air, revealing his unshaved armpit.