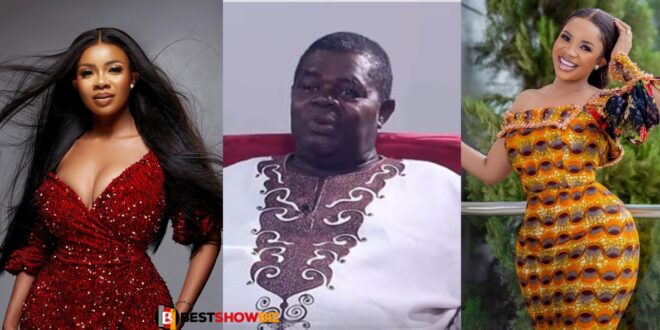 Netizens blast Serwaa Amihere for saying this about TT – Screenshots

Serwaa Amihere is one of Ghana’s most well-known journalists. She is well-known for her achievements in the media industry, in addition to her beauty.
She just lent her voice to the current situation of Mr. Psalm Adjeteyfio, also known as T.T.
“A grown man does something and then blames it on a woman, Boi” she tweeted.

Her admirers were unhappy with her for tweeting about Mr. Psalm Adjeteyfio in this manner after seeing this tweet. They expected her to see the other side of the story rather than drag Psalm Adjeteyfio, who is old enough to be her father, a legend, and still a role model for some young up-and-coming actors in the film, according to them. He has contributed a lot to the movie industry and the entertainment industry as a whole.

They counseled her against making the comment she did because she is still young and has no idea what Psalm Adjeteyfio has gone through to shed tears of regret in his recent interview in which he revealed the reason for his downfall.