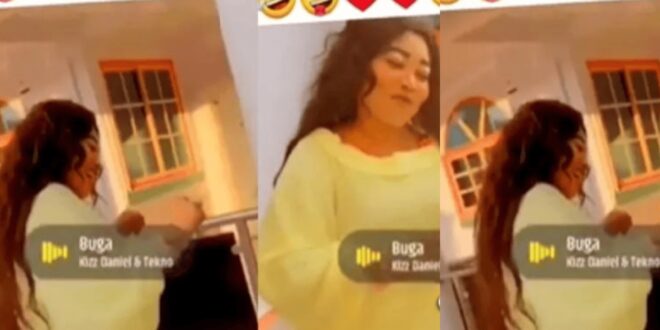 Opambour’s wife has received a great deal of backlash after appearing in a viral video in which she danced seductively to Kizz Daniel’s popular song “Buga.”

In this video, the extremely opinionated man of God’s wife can be seen dancing joyfully within their vast complex packed with expensive cars. The compound also contains a variety of other luxury vehicles.

People on social media who have seen this video and happened to come across it have chastised Madam Mavis for her dance moves.

As is common knowledge, the Bible expressly condemns the singing of secular songs; hence, she ought to have been more aware of this fact given that she is married to such a revered man of God.

If she hadn’t uploaded the harmless but inappropriate film to the internet, she might have been able to spare herself the barrage of harsh criticism that was directed in her direction.