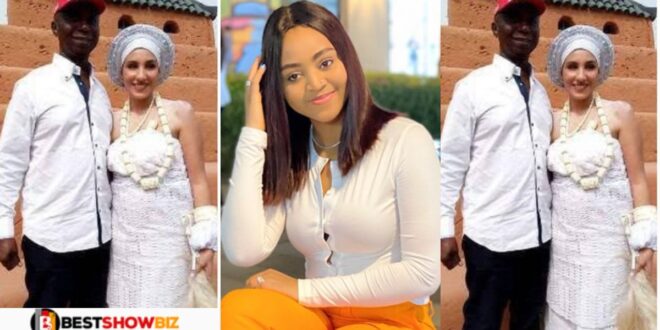 Ned Nwoko’s Moroccan Wife gives up as she divorces him; Regina Daniels now in complete control

Laila Charani, the Moroccan wife of Nigerian politician and billionaire Ned Nwoko, has filed for divorce.

Laila declares that she is done with Ned and that their marriage is ended.

Since unfollowing both Ned and Regina Daniels a few weeks ago, Laila took to social media to confront all of the circulating rumors about her marriage.

Trouble came out of nowhere in Ned’s married wives’ camp.

Laila, a senior wife who had taken Regina under her wing, had suddenly become dissatisfied with the Nollywood star.

Laila was irritated because she appeared to have taken up all of Ned’s attention.

After Ned and Regina went on a nauseating display of public devotion a few weeks ago, an irritated Laila gave the first public indications that their marriage was in trouble.

You can learn a lot about a celebrity by looking at who they unfollowed, as we all know.

Laila made it clear that she did not get along with those two.

There have been rumors about what is going on in their marriage since then, and Laila has now come out to clear things straight.

She wrote on social media:

“Hello guys I just want to say that no one has right to talk about my marriage pls. Stop talking about peoples life and I have divorced already and nothing between me and him and anybody follow(ing) me because of him you can unfollow me pls. Thanks,”