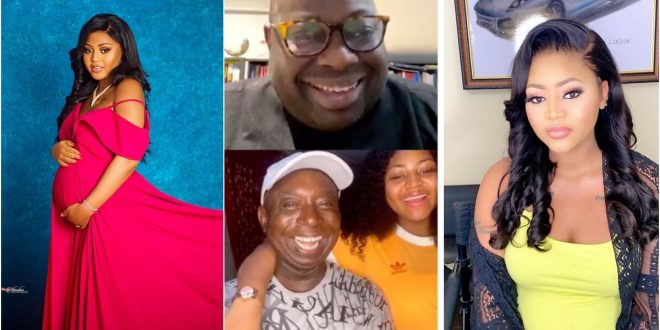 It happens that the initial reports that came out concerning Regina Daniels Birth as speculated by the Nigerian journalist Kemi Olunloyo were lies as the couple has been out to debunk the claim.

A video that has popped up captures the couple in a live Instagram interview with Dele Momodu. they talked about their Malaria project and also about how they are coping with the pregnancy which tends to prove that Regina still carries her baby bump.

Initially in the video, Ned Nwoko was seen dancing with his wife to the  Simi’s song “Duduke” and that has got netizens talking.

In the course of the interview, Ned revealed that he is going to be there when his wife Regina delivers.