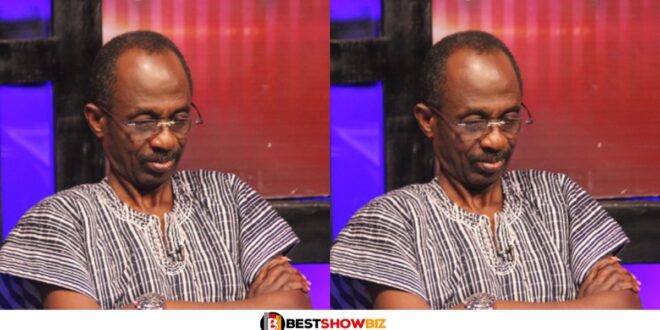 The General Secretary of the National Democratic Congress (NDC), Johnson Asiedu Nketia, has stated that the NDC will not put a stop to illegal mining (galamsey) if elected in 2024.

On Friday’s Oyerepa Breakfast Show, Johnson Asiedu Nketia, better known by his nickname “General Mosquito,” declared “We won’t stop mining, we’ll extract the resources. The extraction isn’t the dilemma but the method is the problem. If anyone promises to stop galamsey or mining in Ghana, that person is a liar.”

Continuing, the NDC General Secretary said that his party would take measures to ensure sustainable mining if elected in 2024, because so many young people in mining areas rely on the industry for their livelihood.

In his opinion, if the NPP government is serious about ending illegal mining, it must deal with kingpins within the party and create laws for miners.

Meanwhile, Kofi Adams, the member of parliament for Buem and a member of the NDC, stated in a previous interview that the NDC is the only political party capable of overcoming Ghana’s problems and putting an end to galamsey.

According to him, Akufo-Addo has showed no sign of seriousness in solving galamsey, which is currently one of the country’s most pressing issues.

“The NPP has failed and we know that the NDC as a party will do better any day and time in terms of managing galamsey. The NDC will always do a better job.”

Kofi Adams stated that if elected to power in 2024, the NDC is prepared to combat the illegal mining issue across the nation.

“If we are talking about failure, clearly the NPP has failed this fight against galamsey… the NDC will talk about it because we know we can offer better leadership in dealing with this problem that confronts us”

It’s very mind-boggling to hear seemingly contradictory statements about the NDC’s plans for dealing with illegal mining if they win power in 2024. Is Kofi Adams’ claim that the party will actively combat galamsey true, or are they simply ignoring the reality that illegal mining operations threaten local water bodies?