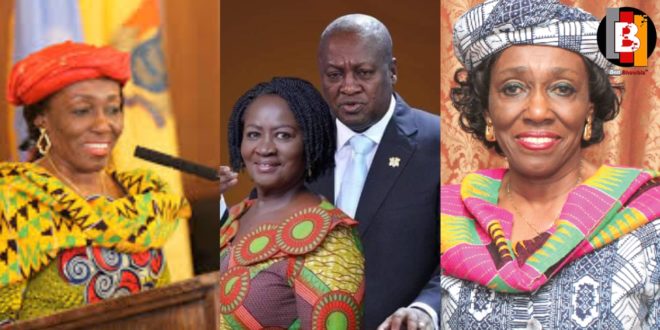 The former first lady of the Republic of Ghana, Nana Konadu Agyemang Rawlings, have disclosed in an interview with Ghone that her former party NDC have stolen most of her ideas.

Nana Konadu Agyemang who is now the leader and flag bearer of National Democratic Party (NDP) revealed that most of the things in the NDC manifesto 2020 were her ideas way back in 2016.

“Now I can see that though I was condemned in 2016 about skill development and skill training, about making salt, other people have stolen the idea and put it in their manifesto,” she stated.

“I’ve heard it from former President Mahama saying we can now make salt and skill training and skill development is the best, they were insulting me about it but I said it is key to a country’s development, she added.