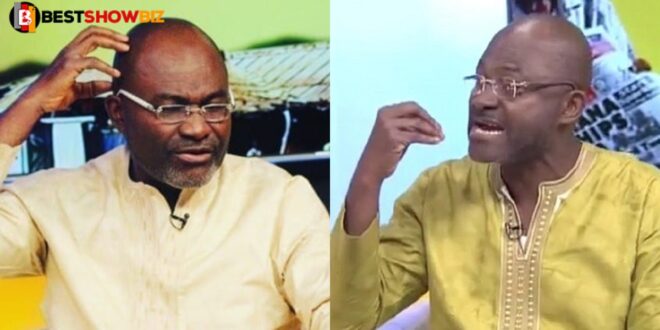 “NDC has planned to K!ll a journalist I threatened to make it look like I did it”- Kennedy Agyapong

Kennedy Agyapong, MP for Assin Central, revealed that the NDC plans to assassinate a man he threatened to kill so they can blame him for everything.

He also revealed that an insider at Joy FM is helping the NDC and wants to see him (Kenedy Agyapong) in trouble.

The Hon. Kennedy Agyapong revealed in an interview with Oman FM that he was battered to death and then blamed him for threatening to kill him.