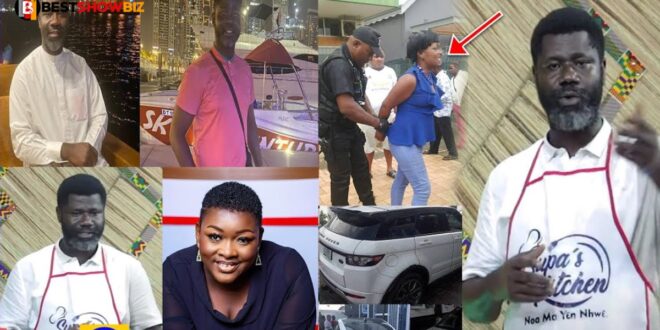 Nana Yaw Sarfo has confirmed that the woman who defrauded him GH40,000 has been apprehended.

Nana Yaw Sarfo has confirmed that the woman who defrauded him GH40,000 has been apprehended.

Abigail Kukua Mensah tricked the radio broadcaster and evangelist out of GH40,000 by persuading him to sell his cars and house.

The woman, a travel and tour operator, used to advertise on Nana Yaw Sarfo’s show when he was with Vision 1 FM, according to Nana Yaw Sarfo.

He has a fantastic relationship with this woman because she assisted him in sending his junior pastors to Dubai for vacation.

His brother informed him one day that the woman had talked with him about a deal she had struck with a Dubai-based corporation in need of several thousand personnel.

Read Also  Another video of Young Ladies describing the D!ck they will chop and the ones they will never chop - Watch

Nana Yaw Sarfo agreed to assist them in getting a thousand people to sign up for this contract because the pay was attractive by Ghanaian standards.

He claimed that he did so in order to assist many unemployed Ghanaians in obtaining a suitable job in Dubai.

He even checked with the Dubai company to make sure everything was in order before boarding.

As a result, he recruited a large number of Ghanaians to join up and pay the travel and tour woman.

The woman was nowhere to be located when the money reached GH40,000, and the financial institution where he had made the payment had been shut down.

As a result, the GH40,000 became a negative debt to him because he had to reimburse everyone who had signed up for it.

He had to sell his car, property, and other assets to pay off the debt, but that wasn’t enough to cover all of the creditors.

Nana Yaw Sarfo recently disclosed in an interview that the woman and her brother have been apprehended by the police.