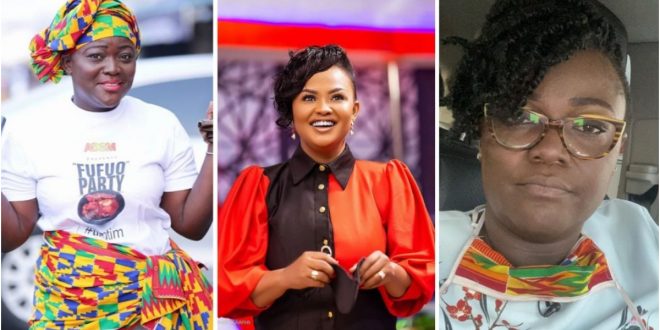 Former Adom TV presenter Nana Yaa Brefo has finally revealed why she resigned from her former work and how it got to with actress Nana Ama Mcbrwon.

Nana Yaa Brefo as we reported earlier announced her resignation from Adom TV and the Multimedia Group for no reason but people liked it up to her interview with McBrown.

Nana Yaa in her first interview with McBrown on issues concerning the death of actor Bishop Bernard went wrong as people tagged her as a nonprofessional journalist.

well, Nana Yaa Brefo has finally revealed the reasons behind her resignation in an interview on Neat FM.

Nana Yaa on the interview revealed that she had thought of resigning from her role on Adom TV because she did not feel appreciated.

“I felt it was about time,”

watch her interview in the video below;