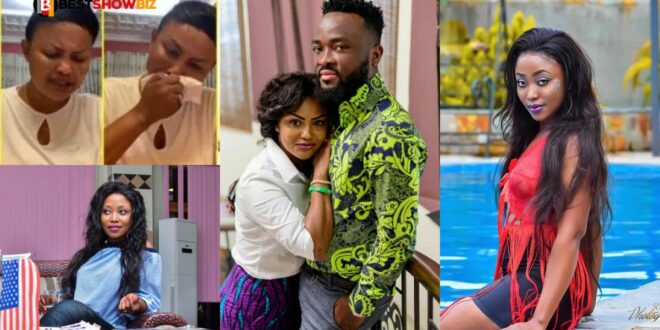 According to Kumawood actress Joyce Boakye, Nana Ama Mcbrown’s marriage is not as perfect as she portrays.

After being insulted by Nana Ama Mcbrown and her panelists on her United Showbiz program, Mona Gucci says she received a letter from Joyce Boakye begging her to forgive them.

She said she was upset and intended to sue the actress-turned-presenter until Joyce Boakye called her to apologize on Nana Ama Mcbrown’s behalf.

Because she knew Nana Ama Mcbrown was also from Kumawood, Mona Gucci accepted Joyce Boakye’s claim of being a Kumawood actress and close friend.

She claimed that Joyce Boakye informed her that Nana Ama was not in a good mood because her husband abused her at home before she went on TV to conduct the program.

The Onua host said that she accepted Joyce Boakye’s claims since she had never gone to Kumasi.