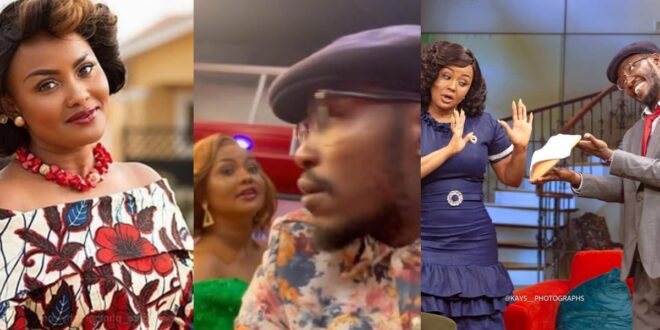 Nana Ama Mcbrown, a TV host and actress, caught Teacher Kwadwo red-handed boasting on camera that he owns United Television (UTV) and can fire anybody with a snap of his fingers.

As he was doing so, United Showbiz’s host jumped behind him and ordered him to go ahead and carry out his warning so that they could see the facts. Teacher Kwadwo profusely apologized and assured Nana Ama Mcbrown, affectionately known as Empress, that he was just kidding.

The reality is that this video was staged and they just wanted to have fun and amuse their fans—all it’s a joke.