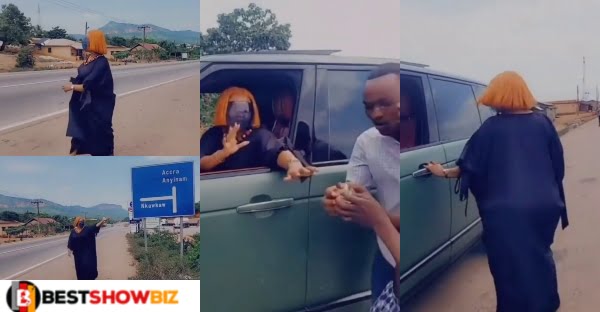 Nana Ama McBrown showed her generosity again when she stopped in the middle of the road to donate money to several individuals.

Video of McBrown strolling through an Eastern Region neighborhood has gone viral on social media and the actress is being hailed for what her fans claim is an “act of generosity”.

The actress happened to be in the Eastern region unclear what she went there for. in the video, it appears she went to check on something and when she returned to the car, people recognized her and began yelling her name.

She called out to them in Akan, waving and motioning for them to come to get “something small” from where she had parked her car.

The people rushed to the car as McBrown dished out a huge sum of uncountable money to them.