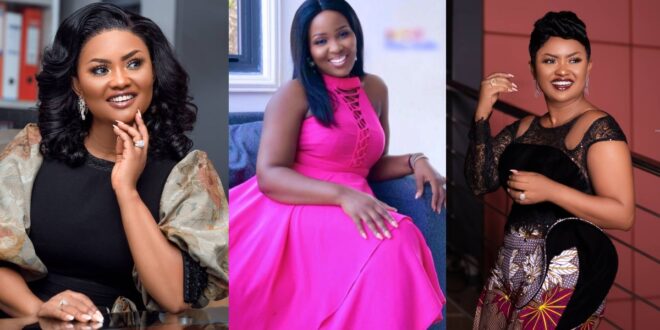 On her public tour of grievances, Ghanaian media personality Adwoa Saah has dropped yet another bombshell.

Saah, who recently criticized her own marriage by condemning her husband’s children and practically branding them troublesome, is now criticizing Nana Ama McBrown.

Nana Ama McBrown, she claims, took the concept for her popular show “McBrown’s Kitchen” from her.

Adwoa Saah, who provided the history, said she and a friend came up with the idea for a cooking show while working at Adom TV.

Her friend later came to tell her that she would receive 65 percent of the proceeds and Adwoa would only receive 35 percent after they settled on the show and planned to divide the earnings 50-50.

As a result, she walked away from the contract, only to find later that her friend had sold the show to UTV as the “Aben show.”

The demonstration was later morphed into the present ‘McBrown’s Kitchen.’

Watch her making her statements in the video below…