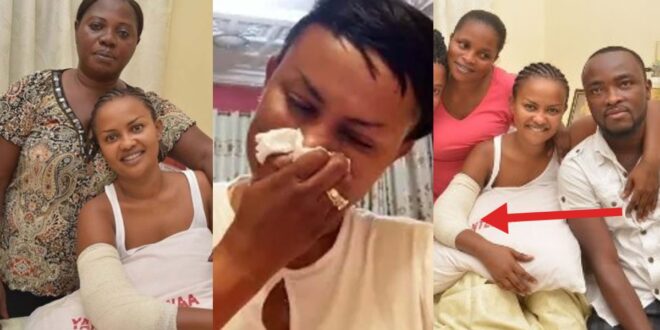 Nana Ama Mcbrown speaks on the Accident she was involved in with her husband.

The cause of the accident which involved Nana Ama Mcbrown some years back is still unclear according to Eugene of peacefmonline. Maxwell, her partner, was with her at the time of the crash.

He said that what he knew was that a car appeared out of nowhere and that the only thing they remembered was being in the ambulance. Anxious Fans Wanted to Know if Nana Ama McBrown Was ok.

What Exactly Happened in the Nana Ama McBrown Accident? The actress was shocked to the bone about the accident which happened out of nowhere. Nana Ama Mcbrown was nearly killed in the crash.

she dismissed rumors that their vehicle was overloaded with family relatives and items causing the crash.

when she was able to speak about it following a week of intensive medical care, she revealed It was just her and her husband in the car when it happened.

She was overjoyed to have survived the crash and expressed her gratitude to God for saving her. According to Nana, the accident increased the love they have for each other.