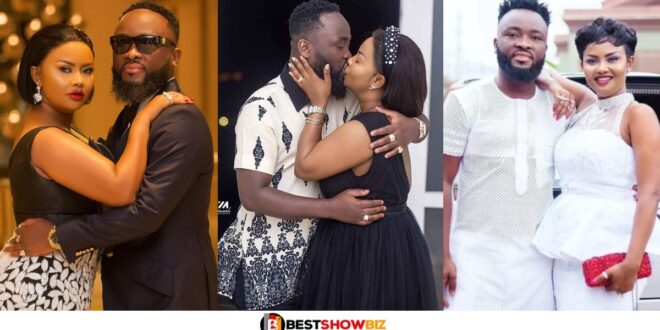 His lovely wife had taken to social media earlier that day to post some lovely photos of Maxwell and their children in order to wish him a very happy birthday.

After receiving special birthday wishes from his wife and colleagues on social media, Maxwell Mensah ended the day with a simple yet opulent party at his capital home.

The party featured familiar faces such as Kwame A Plus, Mimi Andani, Charles Osei Assibey, Yaw Sakyi, and many more.

These celebrities gathered to toast Maxwell’s birthday and the champagne with which he began the new year. During the celebration, Nana Ama revealed that she has known Maxwell for 11 years.

Nana Ama Mcbrown stated that she hosted a housewarming party for her new home and invited Kwame A Plus, who then attended a party with six of his friends, including Maxwell Mensah.

They didn’t say much because she treated him like any other guest at her party.

She claimed that a year later, Maxwell began calling her and inviting her to meet her, as well as paying her a visit at her house on his birthday.

Nana Ama McBrown went on to say that one thing led to another and they began dating.