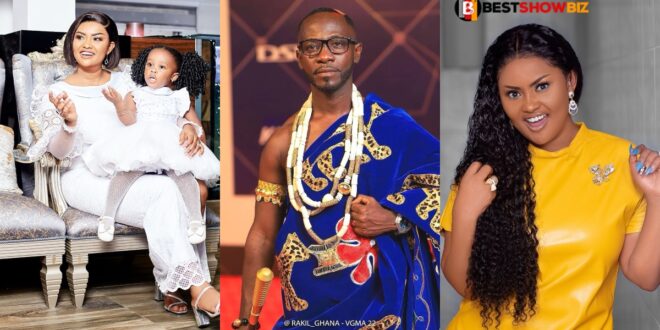 Nana Ama Mcbrown reveals why she decided to join her Ex-boyfriend to perform on stage.

Much-loved Nana Ama McBrown, a Ghanaian actress and television presenter, has explained why she joined her ex-boyfriend Okyeame Kwame on stage at the Vodafone Ghana Music Awards in 2021. (VGMA).

The actress stated that she felt compelled to join the musician since the environment was monotonous.

After joining the rapper in singing some of his earlier songs, the actress earned a round of applause from music lovers last week.

She claimed on United Television’s “United Showbiz” that the venue was uninteresting during the time the musician was performing.

Mr. Logic, who was also on the show, stated that the VGMA organizers had shown maturity and that he was satisfied with their production, but that the one regret is that fans did not cheer up the performers as planned.