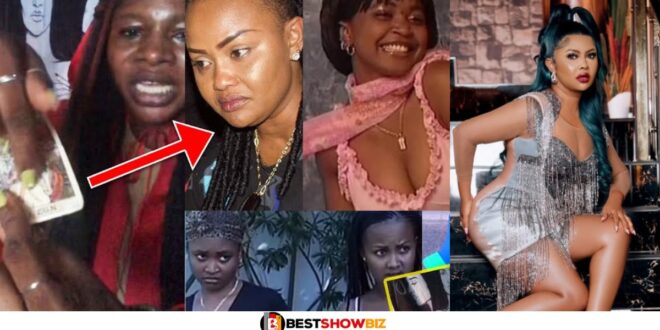 Nana Ama McBrown may be celebrating her 45th birthday, but it looks that certain forces are focused on destroying her day.

A so-called witch doctor has filed a baseless claim of murder against the actress.

In a video that is currently going viral on the internet, a person who calls herself the self-styled messenger of the marine world and goes by the name Akosua Moon Goddess on TikTok claims that McBrown is responsible for the death of her fellow actress Suzzy Williams, who was killed at the age of 23 in a car accident on September 8, 2005.

Moon Goddess asserted that Williams, who shared parallels with McBrown in terms of talent, beauty, and looks, posed a threat to her colleague during the time that both of them were at their most successful in the film industry.

According to her, McBrown’s main rival in the early 2000s was Williams. Because of this, she devised a plan to have Williams’ car crash in order to eliminate her and take all of the attention for herself.

According to what she stated, ever since Williams passed away, McBrown has not been able to find peace in her house because she is being tormented by what she did, which has caused her to struggle with feelings of remorse and melancholy.

Maa Linda, a popular TikTok performer, has reacted angrily to the weird comments made by the self-proclaimed fate teller and has come to McBrown’s defense as a result.

View the video in its entirety down below to learn more.