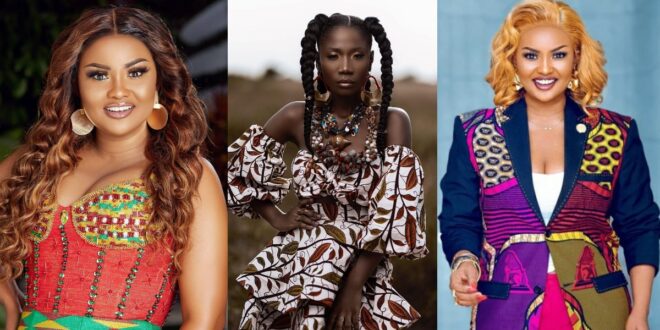 Yaa Yaa, formerly Bertha, is a talented musician, but when it comes to reminiscing about Ghanaian musicians who are making headlines, the lady is conspicuously absent.
Nana Ama McBrown, who became an overnight TV host thanks to UTV despite having little journalism experience, urged Yaa Yaa to reveal more flesh if she wants to draw more attention.

Following Nana Ama McBrown’s order, critical thinking Ghanaians, including Ruthy of Kumasi-based Nhyira Fm, did not take it lightly because they did not expect McBrown to make such an illogical comment.

McBrown’s remark about Yaa Yaa is unfortunate, according to Ruthy on Nhyira Fm’s “Entertainment Force” show, and it goes a long way to prove that she’s become a negative influencer.

For more, see Ruthy blasting Nana Ama McBrown in the video below.