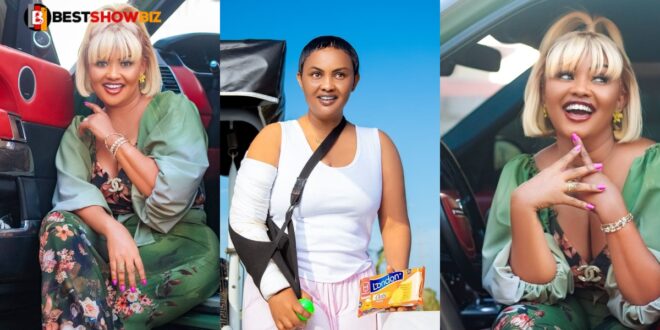 Nana Ama McBrown, a Ghanaian actress and anchor of UTV’s United Showbiz, recently took a vacation from work to travel to Germany for surgery to fix a deformity in one of her arms.

The deformity was caused by an injury she experienced eight years ago in Lapaz.

She has completely healed and has given an emotional witness to the Lord’s magnificence.

In an Instagram video, the actress and TV show host appeared to be in high spirits when she greeted gospel singer Obaapa Christy at an event.

Nana Ama Mcbrown claimed that it was difficult for her to even raise her arms a few months ago, but that she is now able to do so without difficulty.