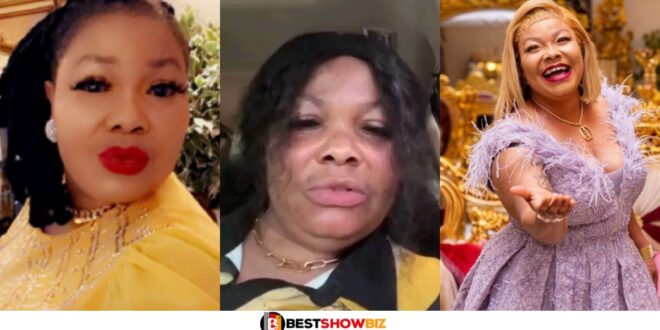 After Nana Agradaa appeared on Instagram without any makeup on, likely for the first time, she gave internet users a lot to talk about.

Her video’s subject matter appears to be her continual conflicts with adversaries from different camps. We expected her lifestyle to reflect her new sense of direction since she calls herself an evangelist and runs her own church where she preaches the gospel of Christ.

But there has been nothing but drama as she fights her “enemies” and anyone who might accidentally break her promise with foul language and anger.

In addition, rather than the tantrums she was having in the video, her bare face has drawn attention.