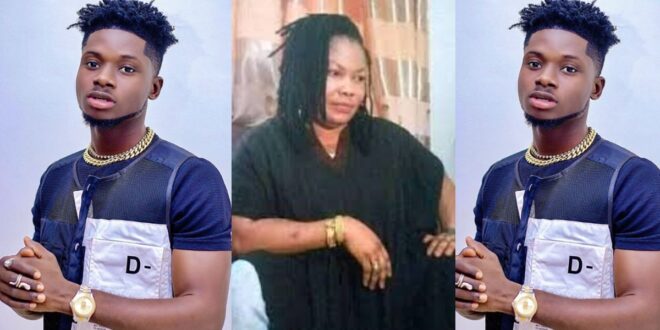 Self-acclaimed fetish priestess Nana Agradaa has wadded into the personal issue of Kuami Eugene on who his biological father is.

it could be recalled that a man identified as Mr. Samuel Kofi Boakye came out to claim that he is the biological father of the award-winning highlife artiste Kuami Eugene.

it could also be recalled that Kuami Eugene came out and denied the self-acclaimed father and also claimed he knowns his biological father and that we shouldn’t listen to anyone who claims to be his father.

well, according to Nana Agradaa the said Mr. Samuel Kofi Boakye is the real father of Kuami Eugene and if he does not want any curses or problems he should accept that.

the ‘Sika Gari’ author further urged the ‘Angela’ hitmaker to ask his mother well since Mr. Samuel Kofi Boakye is his real biological father before it’s too late for him.

she further added that Kuami Eugene’s music career will sink and be torn apart like the bathroom rag if he fails to do what she has asked him to.