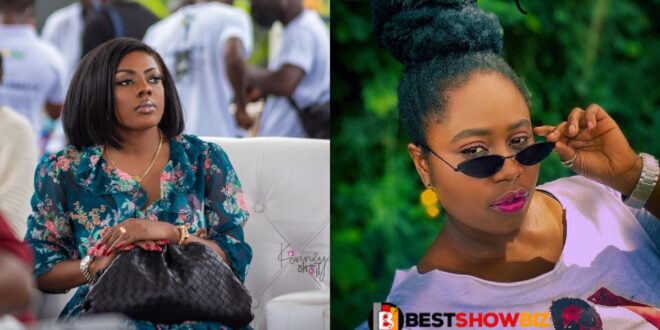 Differing opinions Abena Korkor, a former TV host who is now a mental health advocate, rocked several tables a few days ago in a video that is still going viral.

She made a shocking revelation regarding TV host Nana Aba Anamoah and actress Lydia Forson, and the internet has never been the same since.

Kojo Yankson was sleeping with Lydia Forson and Nana Aba Anamoah at the same time, according to Abena Korkor, a prominent radio program presenter, even though he had no intention of marrying either of them.

Though neither the ladies nor Kojo Yankson have verified the claims, checks on INsgataram showed that Nana Aba Anamoah is no longer following Lydia Forson, even though Lydia continues to follow her.

The million-dollar question is if Nana Aba Anamoah unfollowed Lydia Forson on Instagram after Abena Korkor accused Kojo Yankson of sleeping with them.