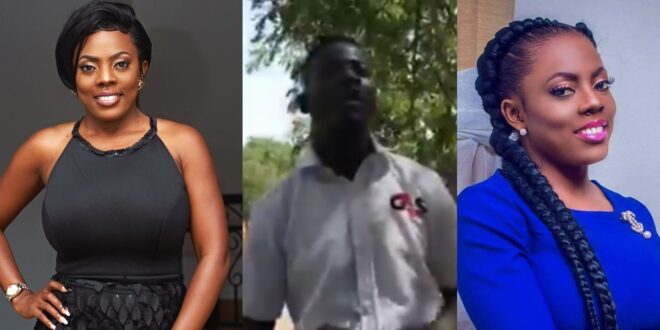 Nana Aba Anamoah has proposed a radio job to a security guard with a strong interest in the media.

In a viral video of him radio presenting news, the security guard who works for G4S caught her eye.

A group of guys filming a video captured the man and posted it on social media.

When Nana Aba Anamoah saw the viral message, she immediately quoted it on Twitter and requested that the person who posted the video let the security guard come to EIB Network so that the Starr Fm team might interview him and give him a job.

“The team at @Starr1035Fm will be happy to meet him for a conversation. Kindly send him our way. @CalebNiiBoye is your man for the link up.

God bless you for being kind enough to share his story ” – Nana Aba tweeted.