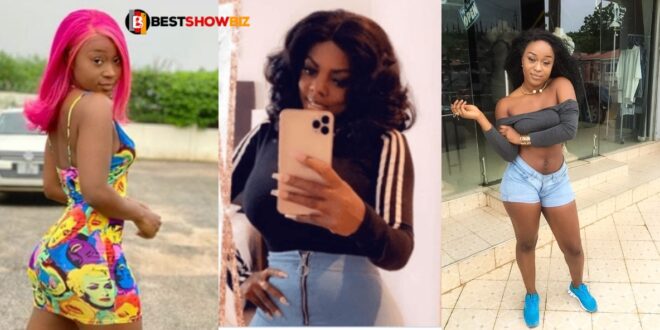 Popular broadcast journalist, Nana Aba Anamoah, has dismissed a previous tweet by socialite Efia Odo in which she voiced her own view regarding how celebrities flex with the latest iPhone.

Efia Odo, in a recent tweet, claimed it was inappropriate for celebrities to go all over social media advertising the purchase of the iPhone 13.

Efia Odo remarked that any celebrity who does this is making an embarrassment of themselves.

However, celebrities like Nana Aba Anamoah, Nana Agradaa, and others have openly shown their iPhones, giving a clear message to their fans about their financial ability to purchase the new and newest iPhone 13.

In her response, Nana Aba Anamoah uploaded a photo with a text that appeared and felt like a “shut up” message.

She captioned the photo “I Know,” implying that she understood possessing an iPhone 13 was never an achievement, but she is also free to flaunt whatever she likes.

Although Efia Odo has made a valid argument, Nana Aba Anamoah has discreetly urged her to shut up in her post, stating that it was her personal decision to purchase an iPhone 13 and that she would flaunt it anyhow.