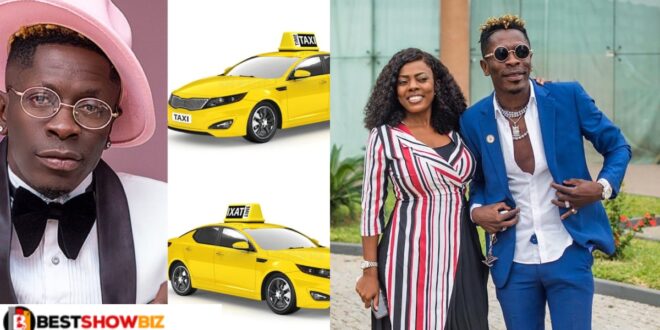 Nana Aba Anamoah, a Ghanaian media personality, has given Shatta Wale two cars to add to his shaxi business as it expands and becomes more popular.

Yesterday, Shatta Wale officially launched his Shaxi taxi ride, which drew a large crowd to support the musician in his dream of venturing into the transportation business.

Bola Ray, Nana Aba Anamoah, and Medikal were among the many celebrities who attended the launch of the shaxi app.

According to the most recent update, Nana Aba Anamoah has given Shatta Wale two cars to add to his shaxi business as a way of supporting him.

Shatta Wale, on the other hand, took to Instagram to thank her for buying him those vehicles, saying it would help the business a lot.