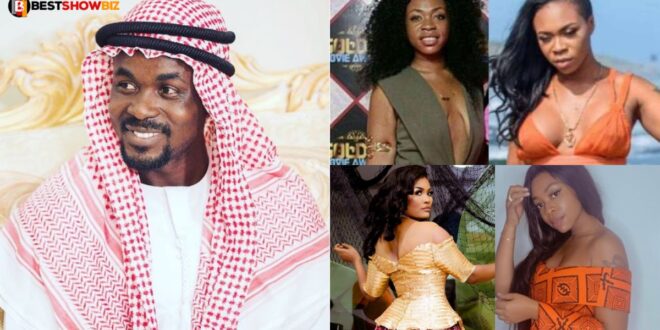 Shatta Wale’s obstinate side chick, Magdalene Luv, is said to have shattered Michy’s tranquil relationship with the dancehall artiste.

Later, it was revealed that Magdalene is Shatta’s distant cousin, as well as Michy’s good friend.

Magdalene, on the other hand, has recently turned to social media to expose Shatta Michy, who has been accusing Magdalene of being a homewrecker.

Michy, according to Magdalene, is at fault for her own misfortunes, not the other way around. Michy had a secret affair with Nana Appiah Mensah, she said in a recent post seen by bestshowbiz.

Michy allegedly received money from NAM1 to mend her boobs without Shatta’s knowledge, according to her.

She wrote; “How am i the cause of your break up oh Michy you like using me to play self pity but what did you do for Nam1(Nana Appiah) to give you money to fix your breast and stomach while you were in a relationship with Bra Nii and don’t tell me he knew about it cause you and I know he knew nothing or should we talk about the trip to Nigeria with hajia4reall🤣🤣🤣(what happens in Nigeria stays in Nigeria) which one you want us to talk about 🤷🏽‍♀️ the men or the women 💯Load….the bible says suffer not for the witch to live so my dear you messed with the wrong person. We continue tomorrow ✂️✌🏽“