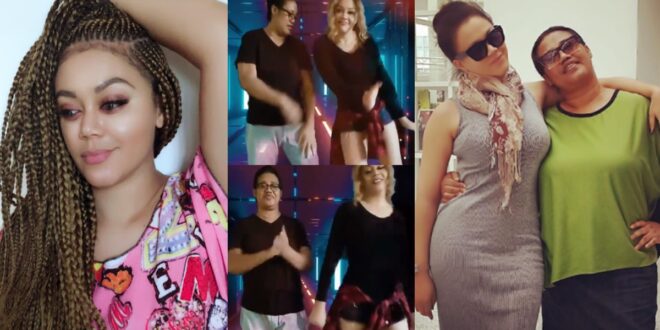 On social media, a video of actress Nadia Buari and her mother Hajia Buari dancing together has gone viral.

While Hajia appears to be older than her daughter in the video, she is actually very young on the inside, with some lovely dance steps.

Nadia, who was clearly the boss in the video, gave her mother a run for her money with her new and trendy maneuvers.

It got to the stage in the video that Hajia had to yank her daughter out because she was upsetting her. She then proceeded to take over the footage with her dance.

Popularly known as the webmazta; Cobby Collins is an established web designer, a computer instructor, and content creator. You can contact him via email cobbycollins3[email protected] or via Whatsapp only on +233204875306