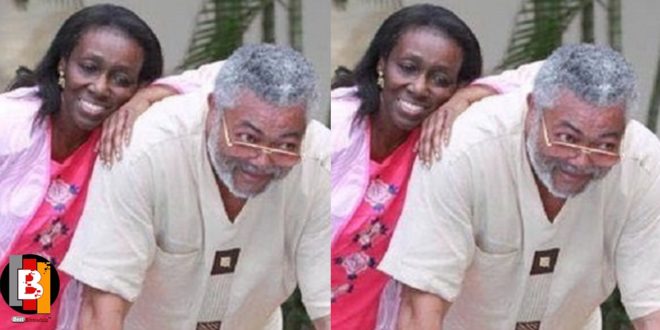 Naana Konadu Agyemang Rawlings, the beautiful widow of the late former president, Flight LT Jerry John Rawlings, has released a flier depicting how she wants her husband’s one-year anniversary to be.

When the news of the late former President’s death broke on social media, it seemed like yesterday.

Today, November 12th, 2021, is the first anniversary of the late President’s death.

According to the flier, a memorial service for the late former President will be held tomorrow, November 12th, at the Holy Spirit Cathedral in Adabraka.