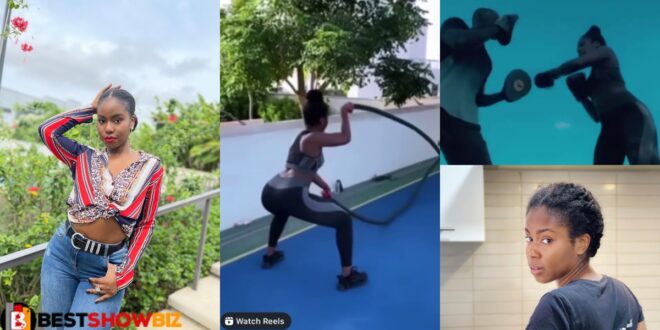 Mzvee, a stunning singer, has released a video of herself doing a rope workout.

Mzvee took a sabbatical from music and departed Lynxx Entertainment, the label with which she had spent the majority of her career.

She has released songs including “Sheriff, Balance,” and “Vanity,” which includes Kelyn Boy, after her return in 2019.

The gifted vocalist is trying everything she can to reclaim her former musical glory.

Mzvee’s fans appreciate her not just for her singing, but also for her cute appearance and working out, as she does in the video below, which illustrates why the natural Girl is still going strong.