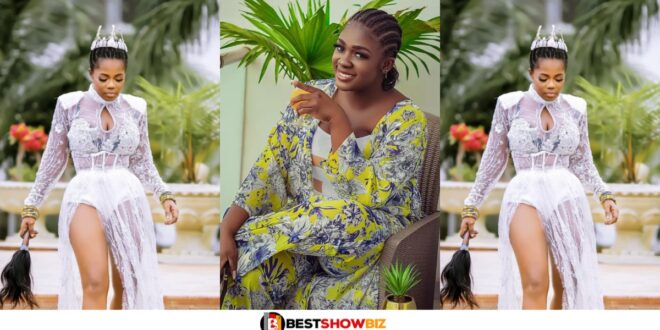 Mzbel did not exchange words with Tracey Boakye during the Papano saga, as most expected, and in response, she has claimed she never said anything about it because she had no idea Tracey was fighting her over because she preferred older men.

Mzbel believes that even if they were fighting over a man, as Tracey Boakye claimed, she should have been excited because she claims the man loves her rather than fighting her online when she actually doesn’t like the type of men Tracey likes.

Mzbel said she can’t say whether the man in question is ex-President Mahama because she doesn’t know the man Tracey Boakye was referring to, and given her preferences in men, JDM has no chance.