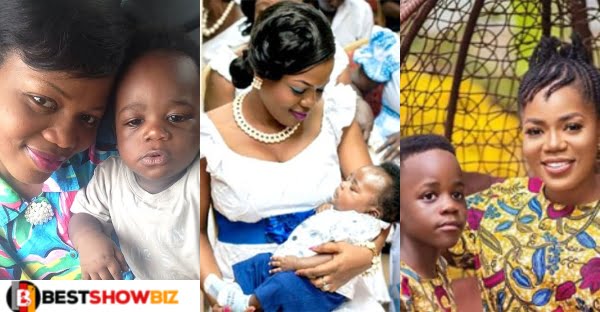 Mzbel has extended compassion to a Tracey Boakye fan who attacked her and her children out of anger and hatred, hoping for her to discover love and peace inside herself since she is not competing with anybody.

In response to the recent video of Mzbel’s daughter, a Tracey Boakye fan chose to throw obscenities at her and her children, telling those who give them clothing to stop or else she would come after them, stating she is doing all of this because of Tracey Boakye.

Mzbel chose peace in response to such assaults and hatred directed at her and her children, stating that she is not in competition with anybody and that the clothing her children wear is completely paid for because they are not brand ambassadors for anyone.

Mzbel then prayed for Tracey Boakye’s fan to find peace and love within herself, given the level of hatred and bitterness she has harbored within herself to attack innocent children.