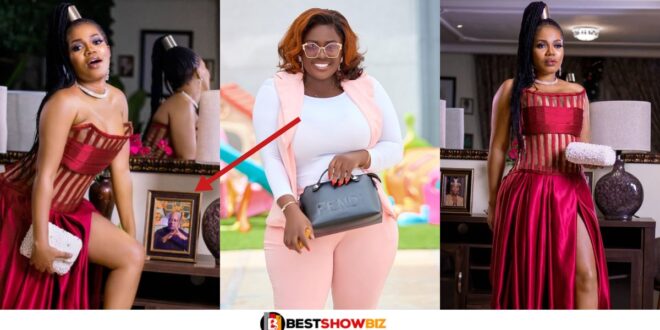 Mzbel Calls Tracy Boakye A W!tch After Having Spiritual Attacks Following The ‘Papa No’ issues

In a recent Instagram post, popular Ghanaian media personality Mzbel detailed how she nearly died while prepping for a photoshoot session.

She stated that spiritual attacks are real since she was merely prepping for a photoshoot, but it turned out that people working together had to become prayer warriors in order to save her.

Mzbel recently released a video of herself collapsing while prepping for the shoot, claiming that it was a demonic attack launched on her that day.

Mzbel, on the other hand, indicated that she has never been the same since the controversy over ‘Papa No,’ but it appears that she is blaming Tracy Boakye for the incident.

She is essentially stating Tracy Boakye is the one behind the attacks she has been receiving, adding that nothing will stop her from doing the birthday photoshoot despite the attacks.