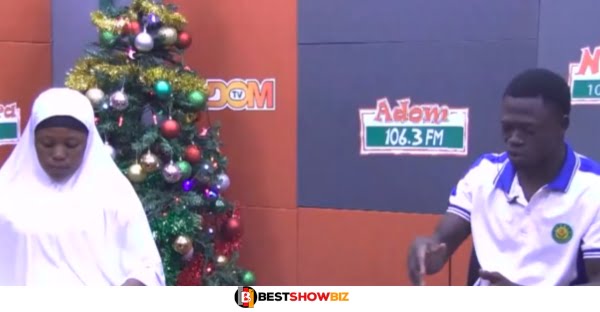 A young guy went on Nhyira FM’s studios to disclose how his wife accepted a loan of 10 million cedis to abort a pregnancy for another man.

According to claims by a man who couldn’t hold back his emotions for what his woman had put him through as he was forced to appear like a f00l for a long time.

The guy, who learned of all the wife’s transactions through the cousin of the man his wife flirted with, confessed that the woman had been having an intimate affair with his brother, after which they terminated the pregnancy under his nose.

The young gentleman went on to say that the lady, who didn’t have the money to abort the kid, took out a loan in his name in order to terminate the unborn child.