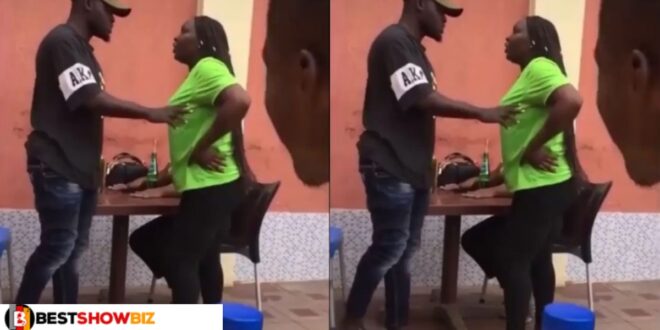 A cheating man has revealed to the internet community how his wife discovered his infidelity and devised the most devious solution.

The man claimed in his narration that his wife took his phone and deleted his side chic’s number, replacing it with her own.

below is his full story;

“My wife took my phone and deleted my girlfriend, Naomi’s number and saved her own number as Naomi. l didn’t know that someone had told my wife about Naomi, I then got an SMS From Naomi asking for money Ghs 2,000 I rushed to my wife and lied to her that I need Ghs 2,000 for an emergency.

I told her that my brother is sick and he needs the money urgently. My wife gave me the money and I rushed to send it to the account number written in the message. When I was relaxing at home after work, I kept wondering if Naomi had received the money.

I sent her an SMS to find out if she had received the money. Her response was, “Call me now.” I went outside behind the house to make a call.eeeh You can imagine my horror face when i heard my wife’s voice instead of Naomi, It’s been three days am still standing outside.”