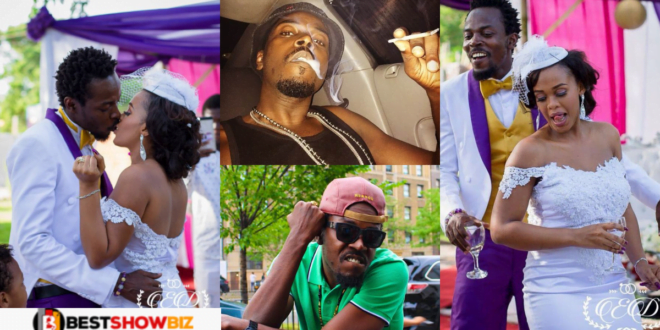 “My wife even fear to tell me to stop smok!ng”- Kwaw Kese

Kwaw Kese, a popular Ghanaian rapper born Emmanuel Kofi Botwe, has revealed that he is now a mature man who is scaling back on smoking.

He stated that he is a mature man with children, so he has opted to cut down on several behaviors, including smoking.

“I’ve taken a break now.” Now that I’m a grown man with children, I’m a mature man. “I’ve slowed down on some things,” he admitted during an interview with Hitz FM.

Speaking of his smoking habit, he added that not even his wife could stop him from smoking because he was smoking when she met him and, while she did not support it, there was little she could do.

Meanwhile, in an interview with Kastle FM’s Amasan Krakye, he stated that he is not worried about the IGP’s work because he is not involved in any criminal acts to be concerned about.